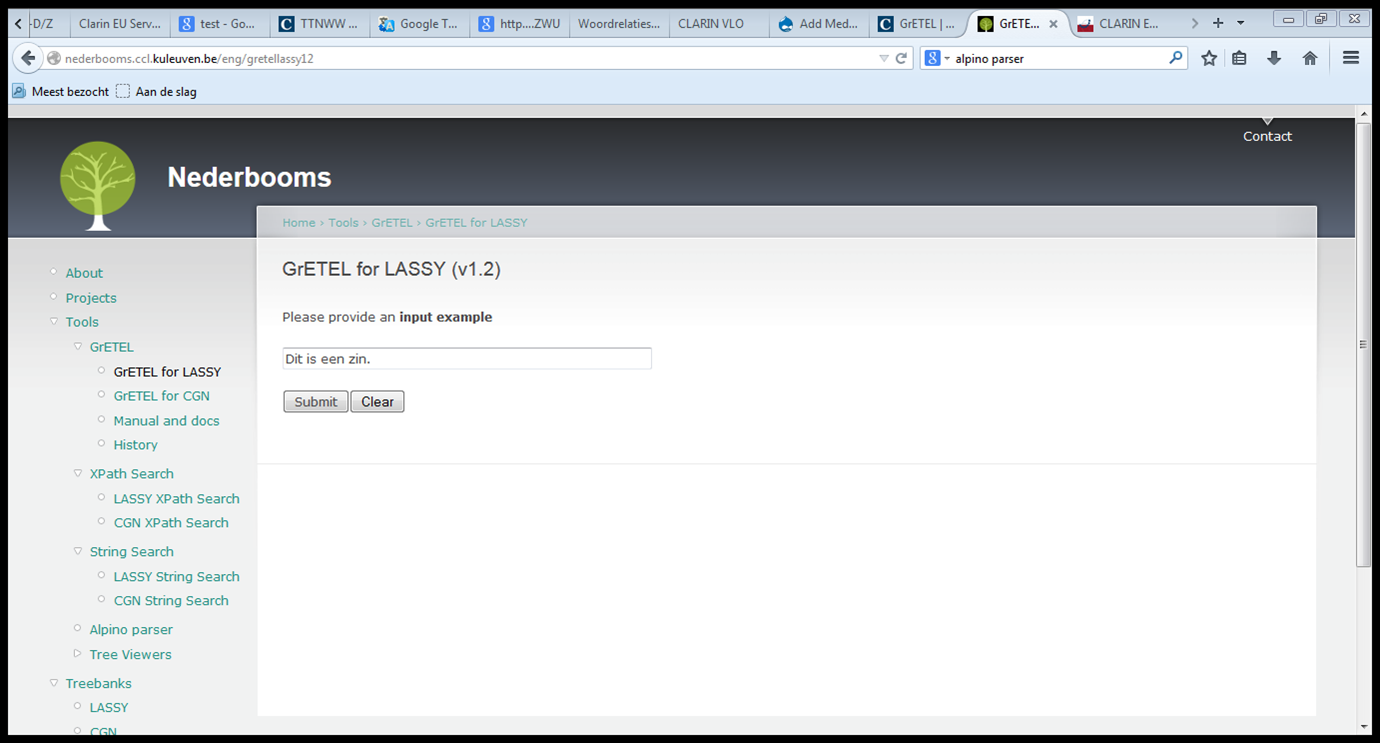 GrETEL is a query engine in which linguists can use a natural language example as a starting point for searching a treebank with limited knowledge about tree representations and formal query languages. By allowing users to search for constructions which are similar to the example they provide, it aims to bridge the gap between traditional and computational linguistics.

GrETEL enables search in the LASSY-SMALL and the CGN (Spoken Dutch Corpus) Treebanks (1 million tokens each), and is recently with the SoNaR-500 treebank. The user enters an example of the construction he/she is interested in. The example sentence is automatically parsed with the Alpino parser, resulting in a parse tree. The user then specifies which aspects of this example are essential for the construction. The subpart of the parse tree that contains the elements relevant for the construction is then used to form an XPath query. The Xpath query is made visible, and can be edited if desired. Then the query is executed on the corpus or a subpart of the corpus selected by the user. The resulting sentences are shown and can be downloaded. The parse trees of the matching sentences can be shown as well.